Our staff is selected for their approach to children, teaching skills and teaching. The key in the selection of our full-time teachers and teachers of extracurricular activities is a passion for their profession, to work with children. We want children to be provided with excellent care by people who treat them as partners and in an individual way. To ensure the time spent in the kindergarten is interesting and prepared in an attractive way.

Our teachers choose a proven curricula, and the selection of proven curriculum to the children entrusted to the care who are never bored with joy exceed the thresholds of our nursery every day.
Teachers take part in regular training in order to explore innovative ways of working with children and improve their methodological skills. All this so that the children entrusted to us in our care are provided with an attractive modern curriculum and joyfully enter our pre-school every day.

Agata’s passion is working with people, their diversity and complexity. She loves the pre-school development and education stage – with its opportunities and challenges. She was educated at the University of Warsaw in two ways: she is a Polish teacher and manager – she studied competency management, and additionally completed an education management course.
She gained experience in pre-school, non-governmental organizations, working with children, youth and students in educational projects. In recent years she has been an educator of pre-school groups at all stages, she was the deputy headmaster and director of the school.
Whilst working with children, she asks questions, curiosity about the world and shared surprise. For discovering together and learning with life, because as Janusz Korczak used to say: “The child wants to know if you have seen it yourself, do you know from others, how do you know; wants the answers to be short and firm, understandable, identical,
serious, honest. ”
Privately, wife and mother of two children, caretaker of two cats. Her passion is literature, the world of flavors and culinary journeys, and finally the mountains she travels with her family.

Paulina is a graduate of Pedagogy, specializing in early school education and pre-school education at the Faculty of Educational Sciences at the University of Lodz. In addition, she completed her first-cycle studies in Sociology – Social Communication. In her diploma thesis during her teaching studies, she dealt with the historical aspect of raising children, focusing on the impact of post-war trauma on child development.
She started her adventure with children while still a student, working as an assistant teacher in a pre-school. She has gained over 2 years of experience working as an assistant teacher and a tutor teacher.
She is a cheerful person. She enjoys little successes of children. In her opinion, it is worth putting a lot of effort into the work, so that later on the child’s face you can see a smile and satisfaction with self-performed tasks.
Privately, she loves spending time actively, for years she has been passionate about mountain climbing, which gives her strength and helps her in achieving life goals.

In 2016, Martyna graduated from undergraduate studies in early school and pre-school education. Currently, she is finishing her MA studies in pedagogical therapy and supporting the development of a gifted child. Music is a very important part of Martyna’s life, so she decided to explore its therapeutic properties in her master’s thesis. She is also interested in issues related to human emotional intelligence.
Martyna likes to spend time with children, which is why during her studies she took care of and helped the students with their homework. She is a warm and smiling person. She spends her free time with her relatives, actively, outdoors. She loves to travel and watch the sunset. She tries to find something positive in every situation and she believes that there are no problems that cannot be solved.

Ewa is a graduate of Pedagogy at the Radom University of Technology, specializing in early school education and pre-school education. In addition, she completed second-degree studies in the field of diagnosis and pedagogical therapy.
She started working with children during her studies as a supporting teacher in an integrated kindergarten. He also has 3 years of experience as a head teacher. The topic of her master’s thesis was “The image of the family in the perception of preschool children”. She is also a co-author of the article “Family in the perception of preschool children “- in the book” The image of the family in the era of social changes “. Ewa is open to new challenges and ready to expand her knowledge and skills. She worked and conducted classes based on the principles of Glottodidactics, the Good Start Method and the Different Reading Method. She knows Children’s Mathematics by Edyta Gruszczyk-Kolczyńska and Ewa Zielińska very well. Ewa likes a philosophy of being brought up in the spirit of NVC, from which she has been trained, and of the Positive Discipline of which she is an educator. In her free time, she likes to go to the cinema, meet friends and read books. She is willing to help others and loves animals. 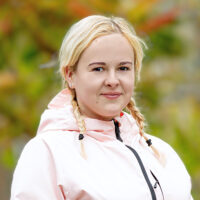 Karolina graduated – first undergraduate, then graduate – at PWSTE in Jarosław. She chose pedagogical studies because she has always loved working with children. Completing the specialization in pre-school education and early school education is for Karolina not only getting an education but, above all, opening the way to fulfillment in her dream job. She wins everyone at work with a smile and patience, and spends her free time dancing, singing and playing football. 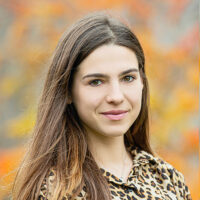 Weronika graduated in journalism from the Academy of Journalism and Sound Engineering in Warsaw. She is also a graduate of a school for caring for children. She has 5 years of experience in working with children, gained working in a nursery, pre-school, and taking care of children in private homes. She is a calm and very patient person. In her free time, she likes walking, cycling, reading books, doing puzzles, spending time with family and friends. 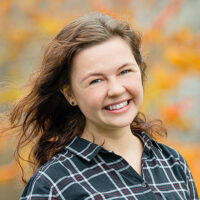 Ola, graduated from undergraduate studies in preschool and early school education at the Academy of Special Education in Warsaw. Currently, she is a student of MA studies in the field of Special Education, specializing in Pedagogical Therapy.
She started her adventure with children during the first years of her studies, being an educator at holiday camps, an animator of games, and also taking care of pre-school children.
Every day she tries to infect others with her smile. she is full of ideas for creative play. At work, she places great emphasis on making children aware of their value, learning to express their opinion and feeling that it matters.
She spends her free time outdoors with a good book. She loves animals.
She believes that there is always a way to understand each other and, above all, that it is worth trying.

Hi, My name is Suuya. I am from Zambia. It was always a great dream of mine to live and work in a foreign country.
I have lived in Poland for 3 years,I live with my two sisters in Warsaw. My parents and the rest of my family lives in Zambia.
I have worked as an English assistant teacher for 3 years. Because, I have a passion for children. I am creative and ambitious young woman. Because I have a lot of ideas about my future.
My friends and family say that I am a very funny and interesting lady with a good sense of humor. As soon as I meet new people, who are happy to meet me, I feel extremely comfortable with them. I believe friendship is one of the most important values in human life.
My hobbies are swimming, reading romantic books,l istening to music, watching tv and mostly travelling. Because I learn a lot from travelling.
I love different kinds of food. But my favorite is Italian food. Because I think it’s the best kitchen in the world.
I am also interested in pets, I love dogs. And I believe a dog, is a Man’s best friend. Unfortunately I don’t have one. Maybe in future.
I have a desire to study, because it will help me to become a successful person in future. With all I already have, I know I am on the right path. And I will do my best to inspire others to live the way, they feel like living as well. 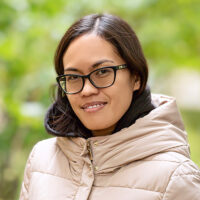 Eunice is a qualified English Teacher and Music Teacher. She recived a degree in music edukaction and various music method trainings including Dalcroze & Kodaly. She taught Music in the Philippines and Thailand in international setting.
Recently she earned her Master’s degree in TEFL. She is an experienced English teacher locally and internationally.
She began her English teachnig experience in South Korea for a year and refreshed her knowledge in teaching English when she came to Poland,
She taught at various schools locally, from language school to primary school and kindergarten. 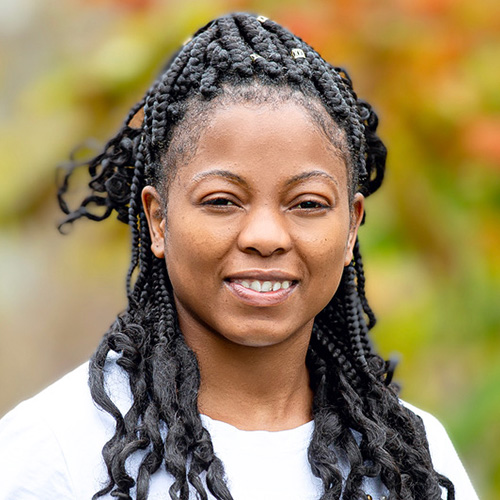 Kasia is a rhythmics instructor, a graduate of the Academy of Music in Warsaw. She gained professional experience in nurseries, pre-schools, including integration pre-school, and in primary school, conducting rhythmic and music classes and exercises using the Good Start method (as part of the dyslexia prevention program). Contact with children throughout the period of their intensive development – from a toddler under two years of age to a student – was for Kasia an opportunity to learn about the needs of children of different ages, their reactions and behavior. Thanks to these experiences, during her classes she can support not only the development of children’s musical abilities, but also their emotional and psychophysical development.
Privately, she is a wife and mother of five children. She enjoys reading, riding a bike, picking mushrooms and solving logical puzzles.

About:
She is a psychologist by education, profession and passion. She graduated from psychology at the University of Social Sciences and Humanities, postgraduate studies in Clinical Diagnosis of a Child and their Family at the University of Warsaw, and a two-year Study of Help for Autistic Children and their Families, organized by the Synapsis Foundation.
She works with preschool and early school children, their families and educators on a daily basis. She cares especially for those children whose development, for various reasons, do not run smoothly and who experience difficulties in their lives. Understanding and acceptance are the values ​​that guide her at work and in life and which she teaches both her children and the children she works with. She believes that it is always worth noting your (and others) positive and strong points.
Privately – married, mother of Iga and Szymon, owner of a bulldog named Flintka. In her spare time, she loves reading, traveling, spending time with family and friends. 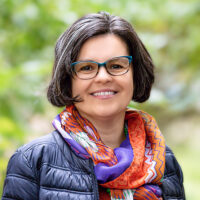 She is a graduate of postgraduate study speech therapy and language teaching at the Academy of Special Education in Warsaw.
For 6 years she is working professionally as a speech therapist with children at preschool age.
She is an animator and a member of the Polish Association of Educators and Animators Fun group since 2003.
In her work she is guided by the principle: ‘Learning fun, fun learning’, which is reflected in the wayshe carries out numerous classes and teaching aids and educational games, for which the children simply love.

Ricardo was born in Rio de Janeiro, and he has been capoeira training from 6 years of age. Contra- Capoeira Master. Actor and musician (playing the berimbau, atabaque, pandeiro, agogo), dancer Makulele and Samba. Dance practiced in Brazil since1987.
He created his own curriculum Capoeira for children. IMKA actor Theatre in Warsaw and he participated in the project, Germinal Mel ‘, by 2011. He Worked in the group Capoeira Liberdade as Professor in graduation Contra-Master.

Practice since 1987 (in Brazil). Experience:
* The project, Germinal Mel ‘2001-2005
* Lasting 18 years working in the group Capoeira Liberdade, till 2011 as a professor, currently in graduation Contra-Master
* NGO “Corpo Movement”, as Professor and Director of Capoeira. Asset Management
* Regular demonstrations in front of an audience, participation in films and other artistic projects

Previous Next
Close
Test Caption
Test Description goes like this